An evergreen shrub 11⁄2 to 4 ft high, with rather stiff, reddish-brown stems. Leaves opposite, holly-like, pinnate-veined, broadly elliptic to rounded, 1⁄2 to 3⁄4 in. long, dark green and shining above, paler and thinly downy beneath; margins wavy, usually folded towards the upper surface of the leaf, set with spiny teeth. Flowers borne in April, deep blue or purple, in umbellate clusters. Bot. Mag., n.s., t. 37.

This beautiful species is confined as a wild plant to one small area in Napa county, California, where Jepson discovered it at the end of the last century. It is not completely hardy at Kew but the late William Dallimore grew it successfully in his garden at Bidborough, near Tunbridge Wells, Kent, and it was his plant that provided the material for the figure in the Botanical Magazine. It is not easily reproduced by cuttings but seed, which it produces in abundance, affords a ready means of increase. It should be given a sunny position in well-drained soil.

C. jepsonii Greene – This species is closely related to the preceding and has the same holly-like leaves. The main distinction is to be found in the seed-capsules: in C. purpureus the valves are horned near the apex, while in C. jepsonii they are ridged and wrinkled to the base. The flowers are blue or violet in the type, but more commonly white (var. albiflorus J. T. Howell). In cultivation this is a less satisfactory species than C. purpureus: the reason suggested by Van Rensselaer is that in nature it is confined to lead-rich, serpentine soils.

C. divergens Parry C. prostratus var. divergens (Parry) K. Brandegee – A near ally of C. purpureus, like it confined to one locality in Napa County, California. It is more lax in habit and the leaves less wavy at the margins. A plant of this species has lived for many years on the rock garden at the Edinburgh Botanic Garden. 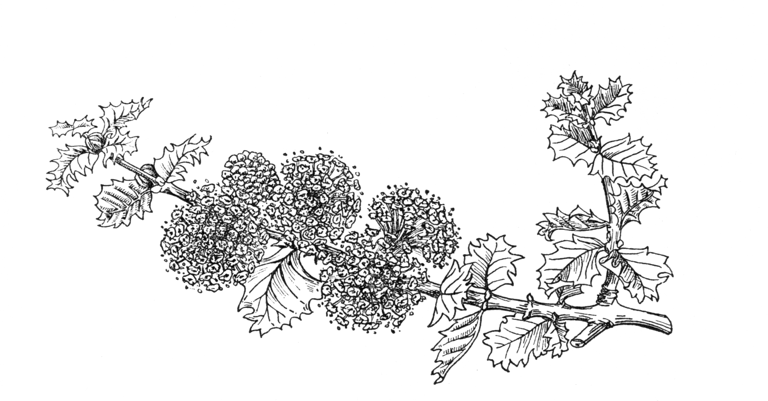