A deciduous shrub or small tree of stiff habit. Leaves obovate, 4 to 8 in. long, tapering at the base to a stalk 1⁄4 to 1 in. long, apex blunt, dark green above, rather glaucous and finely downy beneath. Flower 5 to 6 in. across, with a strong aromatic odour. Petals obovate, the inner ones ivory-white, outer ones tinged with rose; stamens crimson, forming a conspicuous mass of rich colour across the centre of the flower. Flower-stalks stout, about 1 in. long. Bot. Mag., t. 7157.

This magnolia is probably a hybrid and M. hypoleuca and M. sieboldii have been suggested as its parents. It first appeared in Europe at the Paris Exposition of 1889, when it was exhibited in the Japanese Court. Like many imported Japanese plants, those originally introduced were badly grafted, and many of them died; the shrub thereby got the reputation of being difficult to manage. It thrives admirably when once established, and flowers freely in June and July on leafy shoots. It is quite hardy at Kew. Often confused with M. sieboldii this species is readily distinguished by its shorter-stalked, larger flowers, and by the larger, more leathery leaves, with ten to fifteen pairs of nerves.

There is an example of this hybrid at Kew near the Victoria Gate and another at Wakehurst Place, Sussex, now an annexe to the Kew collection. It is also represented in the National Trust Gardens at Nymans, Sussex; Trengwainton, Cornwall; Bodnant, Denbigh; and Rowallane, Co. Down. 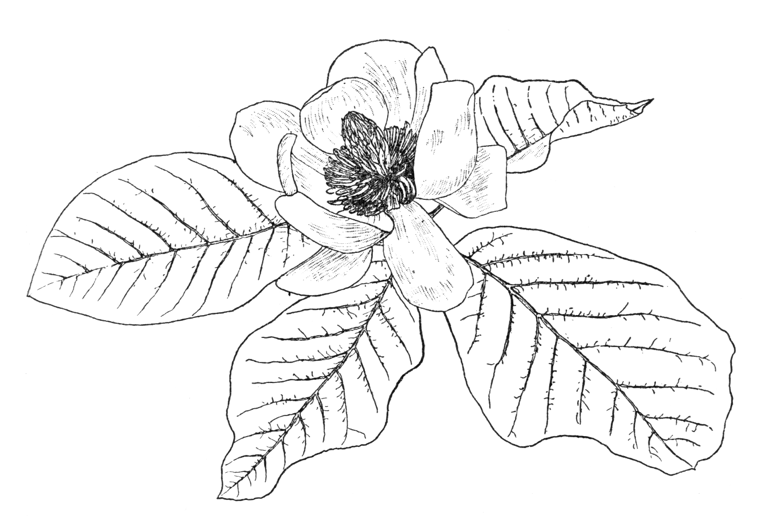