A low, deciduous shrub of dense habit up to 3 ft high, with angled branchlets. Leaves trifoliolate with leaf-stalks 1⁄2 to 1 in. long; leaflets stalkless or nearly so, obovate or oblong, 1⁄4 to 1⁄2 in. long, clothed with silky hairs beneath. Flowers produced from the joints of the previous year’s shoots, one to four, or occasionally more, at each joint; yellow. Each flower is about 1⁄2 in. long, on a hairy stalk of equal length. Pods 1 to 11⁄2 in. long, 1⁄4 in. wide, glabrous. Bot. Mag., t. 8201.

Native of the mountains around Lakes Como and Garda, commonest on the Grigna massif, where it ascends to 6,000 ft. This delightful shrub, which forms a neat, compact mass of branches, was introduced to Kew in 1896. It flowers in May, when the plant is almost hidden by blossom. It is worth a place in the rock garden, or wherever dainty plants can be accommodated without danger of being smothered by stronger-growing neighbours.

Although most authorities retain this species in Cytisus it is intermediate in certain respects between that genus and Genista, in which it was placed by Briquet. 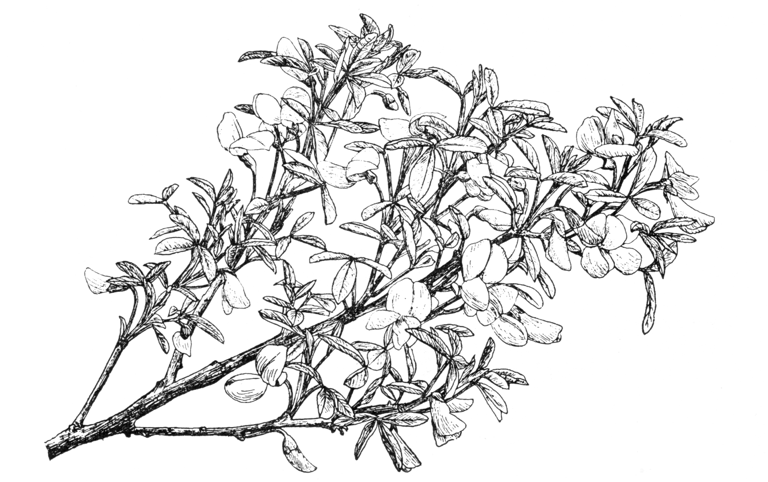 † C. aeolicus Lindl. – Allied to C. emeriflorus, this is a taller shrub, with larger leaflets, flowers and pods. An endemic of the Aeolian islands (Isole Lipari) north of Sicily, introduced shortly before 1836. The present plants at Kew were raised from seeds received in 1972.