An evergreen shrub 3 to 8 ft high, the young shoots covered with pale hairs and bristles. Leaves lanceolate or oblanceolate, pointed at the apex, wedge-shaped at the base, 11⁄2 to 21⁄4 in. long, 1⁄2 to 3⁄4 in. wide, somewhat hooded and puckered above, with a few hairs near the margin, scaly and hairy beneath; stalk 1⁄4 in. long. Flowers in clusters, terminal and from the upper leaf-axils, opening in April; pedicels downy, about 1⁄4 in. long. Calyx very short, downy. Corolla tubular, usually brick-red, about 1 in. long and 1⁄2 in. wide, the five ovate lobes being erect or pressing inwards round the ten glabrous stamens which protrude about 1⁄4 in. beyond them. Ovary and base of style downy. Bot. Mag., t. 8408. (s. Scabrifolium)

Native of Yunnan, China; discovered by Delavay, and introduced to France by Maurice de Vilmorin in 1907, thence to Kew in 1910. The fears at first expressed as to its probable tenderness have not been borne out by experience. At Kew it has proved to be quite hardy. In the tubular shape of the corolla, which narrows rather than expands towards the mouth, the species resembles R. keysii. 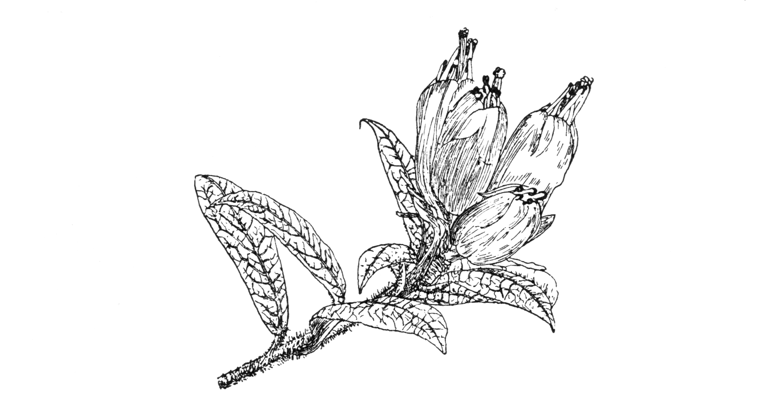